The second book in Annie Lavigne’s Avana trilogy is now available in English.

Translating the first book in the series was such a joy that I jumped at the opportunity to work on the second part. In The Mages’ Quest, Avana is now a young woman and well aware of the ever-present struggle between the Darkness and the Light. As the daughter of Lug, the god of the Light, and Ess Enchenn, an evil sorceress, she is the very embodiment of this struggle and determined to use this to help her people to find peace. The inhabitants of the Land of Erin will only survive if the Ulaid and the Connachta can reconcile their differences and join forces to fight the Fomorians from the Underworld.

Meanwhile, three druid mages are embarking on a quest to find the essences of the four elements. When these are joined together to form the Circle of the Elements, the forces of Darkness will be defeated. This is no simple task, though, and the mages must first transform their inner selves before they can help others.

Although Avana and the mages begin from different points of departure, their missions have the same ultimate goal, and Destiny will cause their paths to cross along the way. Magic, love and determination clash with fear, insecurity and weakness as the characters search for enlightenment in the midst of the strange, noxious mist which has descended upon the Emerald Isle.

Highly recommended for YA readers and anyone who enjoys a good fantasy story with a human element. 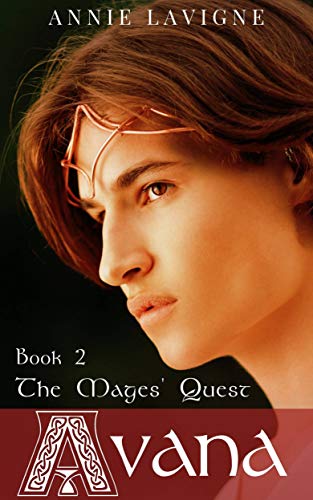